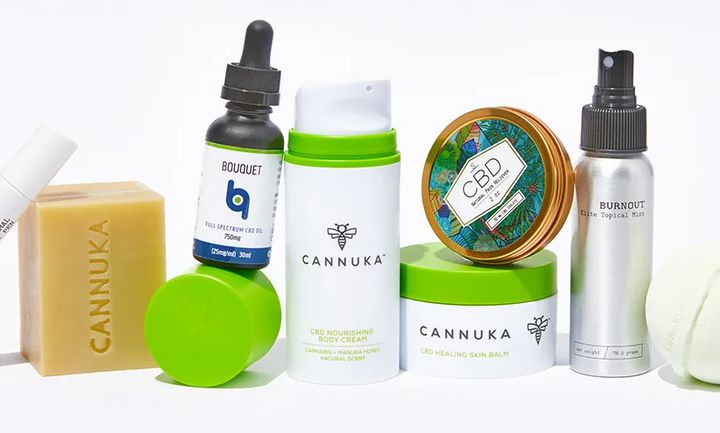 It is no wonder that consumers are intrigued by the marketing effort of so many CBD companies without knowing much about CBD facts. Companies are selling CBD containing products like CBD oil, salve, skincare cream, gummies, vape juice and whatnot.  Their claim, CBD can bring myriads of health benefits and you must give it a try. May be that’s the reason now you have the option to add CBD in your morning coffee. But have you ever asked the question yourself: Is CBD meant to be used by everyone?

Well, there is no straightforward yes or no answer to that question. Let us first know what CBD is, some CBD facts and how it gained such momentum. CBD the short form of Cannabidiol is a chemical compound naturally found in Cannabis plants such as marijuana plant or hemp plant. It accounts for 40% of the plant’s extract although there are 113 other cannabinoids identified as of today including THC. Tetrahydrocannabinol or THC is the compound responsible for creating the euphoric effect in our brain.

Although CBD as a phytocannabinoid was discovered back in 1940, the controversy between the marijuana enthusiast and government organizations keep its usage in the dark. Watch this story to learn how CBD created the initial buzz in the USA.

Long story short, Charlotte had a very rare form of epilepsy and she started having seizures at a very young age. Her mother was desperate to find a cure for her daughter and leave no stone unturned except trying Cannabis. But CBD at that time was never administered to a child having rare conditions like Charlotte. Despite all the concerns and obstacles, she started taking CBD at the age of 5 and get rid of seizures soon after. The story got covered by national news and everyone started realizing the potential benefits of CBD. The CBD that charlotte used for her medical condition was derived from marijuana. But almost 100% of the CBD products what you see in the market today are derived from hemp as  2018 Firm Bill legalized the cultivation of hemp across the US.

Related: How to launch your CBD business in 2019 and find white label CBD products from wholesale CBD distributors.

Experts have expressed their concerns about the potency of CBD products currently available in the market, lack of regulations, possible side effects and lack of scientific proofs. However, the excitement concerning CBD and its potential health benefits driving brands to embrace CBD. Drugstore chain CVS followed by Walgreens announced that they are going to sell CBD products earlier in March this year. Even big global brands like Coca-Cola, Oreo are thinking of adding CBD in their consumer products.

All these created a breeding ground for CBD to explode as consumer products for people from all walks of life. However, you need to keep yourself well informed about the following CBD facts:

People use recreational marijuana for THC, the compound responsible for creating euphoric effects. But that is not the case for CBD. Use of CBD will not make you psycho-active. CBD isolate is the purest form of CBD that contains 99% CBD. Depending on the extraction methods some other cannabinoids including trace amounts of THC can be present in the end product. But it should not cross the legal threshold of 0.3%

CBD Oil is not the purest form of CBD. It contains Cannabidiol along with a base oil ( i.e.: coconut, olive or MCT) Cannabidiol aka CBD is extracted either from marijuana or hemp plant.

On the other hand, hemp oil is made from the seeds of the hemp plant and is not supposed to contain any Cannabinoids. It has got a list of health benefits of its own.

CBD Facts 3/11: The Legality Of CBD Is In The Grey Area

FDA has not stepped in to regulate CBD products due to the murky nature of its legality. Although hemp and hemp-derived products are legalized by 2018 Farm Bill, ninety percentage of CBD businesses are operating in a legal grey area. CBD oil derived from hemp is no longer considered a Schedule 1 controlled substance according to DEA (Drug Enforcement Agency). But that is not the case with the FDA (Food and Drug Administration). It has not legalized CBD for sale as a supplement.

However, the agency stated that it is not against CBD products, but the process of developing new products with CBD should be based on scientific research, trial and approval. FDA actually approved a drug called Epidiolex in June 2018 which was made from a purified form of CBD for the treatment of epilepsy.

There is no such case reported as CBD addiction. The compound doesn’t create any dependency and thus safe to use. Although FDA has not issued any statement regarding the safety issues of using CBD, World Health Organization (WHO) stated its position in a report that, CBD in its pure form is safe for consumption.

CBD is extracted from the stalks, leaves and flowers of the cannabis plant. Mainly in the following two methods:

In the solvent method, solvents are used to separate the compound from the plant. CO2 (Carbon Dioxide) is used as the solvent to produce the high-end CBD. Harsh chemicals like butane, kerosene, ethanol etc are also used as solvents on the low end. In heat extraction method, CBD oil is extracted in an effective and gentle way using steam.

CBD Facts 6/11: CBD Is Becoming Available In Many Forms of Consumer Products

Now consumers have a wide variety of options to consume CBD as companies are promoting products containing CBD like oil, tincture, gummies, creams, cosmetics, sprays, powders, chocolates and beverages. You may also notice some popular food and beverage brands are launching CBD infused coffees, shakes and cocktails. There is even CBD facial available for you these days.

CBD Facts 7/11: The Alleged Health Benefits Of CBD Are Striking

It is assumed that CBD can help with a number of health conditions including but not limited to epilepsy, inflammation, anxiety, trauma, headache, gut health, chronic and acute pain. While further research is taking place to confirm such claims. The scientific community in the field of medicine is exploring ways to develop drugs with anti-cancer properties using Cannabidiol (CBD).

All these promising benefits and medicinal use of CBD sounds interesting. But additional research and human trial in the test group are necessary in order for the FDA to approve CBD as a supplement or medicine.

CBD isolate is the purest form of CBD that only contains CBD and nothing else. It usually comes in crystalline powder form and undergoes long processing periods. CBD isolate can be used in products that include natural flavour additives or synthetic. Research taken place in Israel suggests that the potency of CBD isolate falls along a bell curve, restricting its efficacy at different dosage levels.

On the other hand, full-spectrum CBD is the oil extracted from the cannabis plant that contains other cannabinoids along with CBD, thus called full-spectrum. The other compounds found in plant extract include phytonutrients, cannabinoids, terpenes, chlorophyll and flavonoids. From recent research, we now know that CBD with other additional compounds can create “entourage effect” which is more effective than CBD alone.

As FDA has not set standards for quality, content and marketing of CBD products, it is crucial for consumers to research the product they are going to buy. A few best practices suggested by industry experts are:

The internet is flooded with anecdotal stories illustrating the positive impact of CBD on ailments like joint pain, anxiety, arthritis, ageing and pet health. Like humans, animals have their own endocannabinoid system. Cannabinoid receptors present in mammals, reptiles, fish and bird is pretty similar to us. It allows the positive effects of CBD to respond in animals in a much similar way. That being said, it is super necessary to understand the benefits and precautions while trying CBD for your pet for the first time.

Facts 11/11: CBD Is Still Restricted In Some Cities

Although 2018 Firm Bill legalized hemp-derived CBD, some city regulatory body and governments are still cracking down CBD distribution. For example, the New York City Department of Health has constricted bars, coffee shops, restaurants and other food service establishments from adding CBD to beverages or food. A spokesperson from the department said, “New York City restaurants are not allowed to add anything to food and drinks that are not approved as safe to eat.”

It is not unreasonable to expect that CBD will continue to thrive throughout the last quarter of 2019 and beyond. 2018 Firm Bill surfaced the way for consumers and businesses to get more involved. Estimates from individual businesses and forecasts for the industry, suggests a robust industry to be unfolded before our eyes. People are observing how the FDA is going to regulate the market and how cities and states follow their guidelines.

There is little to no doubt that CBD market will keep expanding in the coming years, although it is in a legal grey area for now. We hope the points we discussed in this context, should help you understand CBD better from consumer, entrepreneurial and legal point of views.

Dreamer, Solver, Creator those three words define me. I started my digital marketing career back in 2012 and continuing since then. Right now I am providing digital marketing services for businesses under various niche, from around the globe with a team of highly talented, skilled and creative individuals. Find more about me on LinkedIn